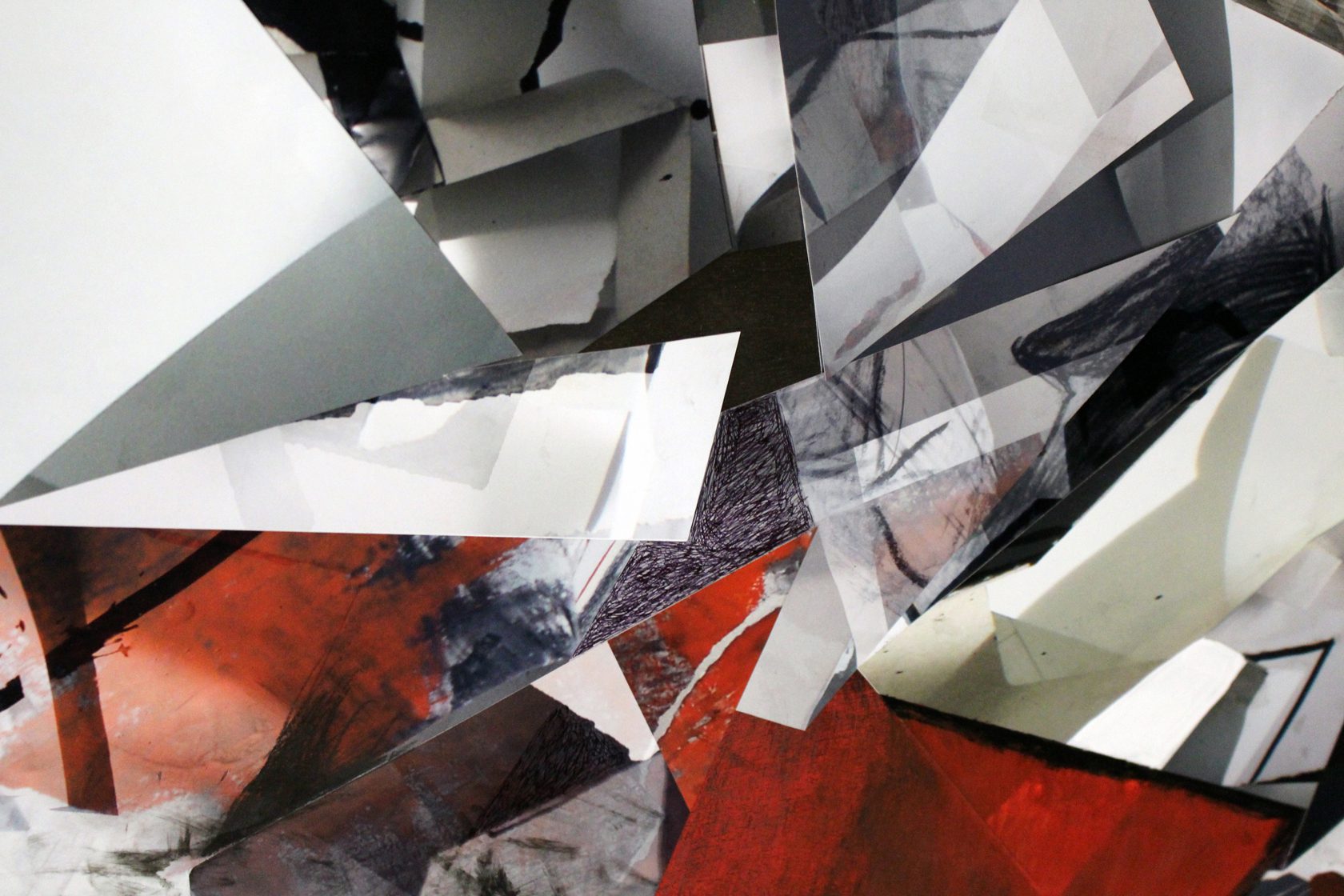 Born in Martinique in 1987, Louisa Marajo joined the Ecole Supérieure d’art et de Design in Saint-Etienne in 2005. At that time the Erasmus adventure allowed her to follow the class of the Swiss painter Silvia Bächli at the Kunstakademie in Karlsruhe, Germany before returning to Saint Etienne.

2010, diploma in the pocket, she continued her studies by a Master degree of visual arts at La Sorbonne in Paris,to theorize her experiments. Since then she has lived and worked in Paris.

“With a purpose, we can destroy a world and, through the knowledge of possibilities, build a world with debris …” Kurt Schwitters.

It is by these words that the artist describes her approach, her works, a chaotic visual  partition in which uncertain forms evolve and transform. The exhibition “Drop Point” traces a fragmentary narration that usually unfolds in her studio. The latter is a living picture: every element has its importance and it is above all the relations between things that the artist

appropriates through paintings, drawings and photographs.

Traces, fragments thrown, everything will go on stage in the elaboration of the pictorial gesture, its image and the emergence of her painting.

Since 2015, Louisa Marajo has been working on a variety of undergoing scalable installations that evoke a permanent construction site as a continuous creation and a perpetual mise en abyme of representations of her studio.

Her exhibition “l’Atelier dynamique” in September 2016, at the Vitrine-65 gallery in Paris, also demonstrated this approach. Invade a place by gradually adding images of what could have happened before. Images of a space in this space at another time, as many temporalities and memories that are enlarged and accumulated so that we can ask ourselves if we can resist the flows of the images which surround us, in this so social and visual disorientation?

Overdose of photographic images having a dialogue with unclutted drawings or enigmatic paintings, it is these permanent back and forth that Louisa Marajo develops in her practice.

The question “what is the use of chaos?” fascinates the artist as the idea of the painting which turns on itself and falls from the wall in an absurd way to give to see scattered fragments as so many units and worlds in itself. It is a painting that reexamines its own history in order to analyze a world that falls apart.

Her work proposes an analytical mapping which unfolds to infinity.